to all friends and members

a happy and healthy

Although (due to the inscription) one might think that Paul actually was playing under the archway, he from 1924 to 1931 of course worked in the neighboring city theater, which some years later was significantly changed in structure according to plans of Adolf Hitler. For some reason the memorial inscription for Paul Ben Chaim was not placed at the theater proper. At the passage where the plate hangs for some decades, it of course is hardly noticed by anybody. Since 2010 there is a “Paul Ben Haim Weg” in Augsburg-Oberhausen, a walk along the western shore of river Wertach, where there are no houses and therefore no postal address.

Read here on the reasoning and request for the naming (German) of the Paul Ben Chaim Weg in late 2009. 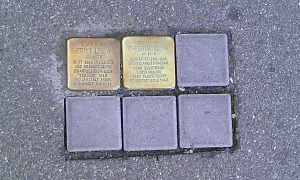 His enemies say he’s on their land

They got him outnumbered about a million to one

The neighborhood bully he just lives to survive

He’s criticized and condemned for being alive

The neighborhood bully been driven out of every land

Seen his family scattered, his people hounded and torn

He’s always on trial for just being born

Well, he knocked out a lynch mob, he was criticized

Old women condemned him, said he could apologize

Then he destroyed a bomb factory, nobody was glad

The bombs were meant for him. He was supposed to feel bad

Well, the chances are against it, and the odds are slim

Well, he got no allies to really speak of

What he gets he must pay for, he don’t get it out of love

He buys obsolete weapons and he won’t be denied

Well, he’s surrounded by pacifists who all want peace

They pray for it nightly that the bloodshed must cease

Now, they wouldn’t hurt a fly. To hurt one they would weep

They lay and they wait for this bully to fall asleep

Every empire that’s enslaved him is gone

Egypt and Rome, even the great Babylon

He’s made a garden of paradise in the desert sand

In bed with nobody, under no one’s command 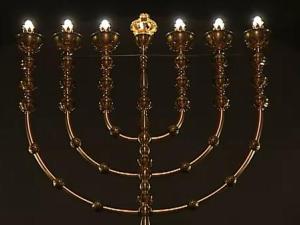 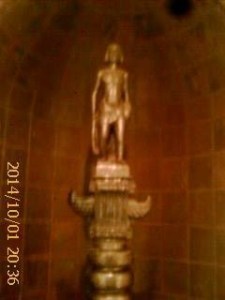