Rediscovering the Jewish hat in Augsburg 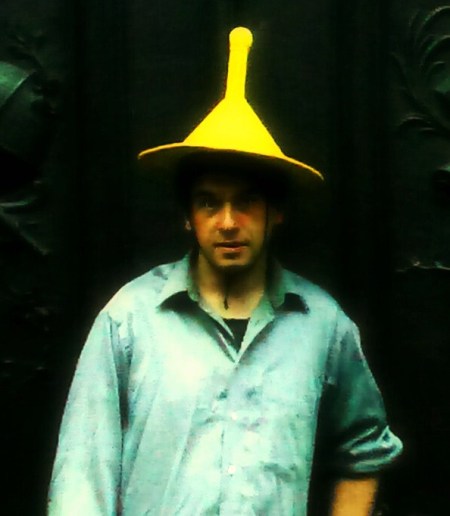 The so called Jewish Hat or ~ Cap (in French chapeau juif or coiffe juive) initially was no major matter. It’s use was to indicate a rabbi or any chairperson of a Jewish community, as well explained in various regulations and contemporary illustrations. It is comparable with the equally outstanding hat of a Christian bishop – and thus rabbis in German texts of the Middle Ages have been often referred as “Jews Bishop”. In Augsburg’s mediaeval municipal law from 1276 there is no other obligation to wear a such hat but for the seller at the Jewish meat counter as a representative of the Jewish community relevant. Despite the precise function of the Jews hat as a token or attribute of official power there also was a second quite different more symbolic use by gentiles as an identifier sign for Jews. Examples are many standardizing illustrations defining Jews by the Jews hat or by an yellow badge or ring. In Augsburg there are some very prominent interpretations as for example a detail of a fresco at the Hirn Chapel of St. Anna and of course still more the  famous stained-glass windows depicting King David and four Hebrew prophets Moses, Jonah, Daniel and Hosea of the Augsburg cathedral window series.

a once officially approved protective helmet

The obligation to wear a badge in Augsburg was introduced as late as September 1434 – the jhva of course will mark the date.

This entry was posted on Monday, August 3rd, 2009 at 11:49 pm and is filed under Augsburg, JEWISH GERMAN HISTORY - Jüdisch Deutsche Geschichte, JUDAISM יהדות, Medinat Schwaben, PHOTOS. You can follow any responses to this entry through the RSS 2.0 feed. You can leave a response, or trackback from your own site.

2 Responses to Rediscovering the Jewish hat in Augsburg